The sign for "weather" has a few popular versions.

The main version uses "W" hands and moves them both downward using a wavy movement. In a way, this is actually an initialized version of the signs for "snow" and "rain" which also both move downward.

WEATHER:
Use a wavy downward movement.

Here is another version of weather.  It means the same as the two handed version.
Use a wavy downward movement.

In a message dated 10/5/2007 7:51:28 A.M. Pacific Daylight Time, mtew@ writes:
Hi again!! I know you have a lot of email that you must go through, but I just thought I would add something. My daughter and I down here in Florida learned the sign for weather as two "W"-handshapes, facing each other, and then you twist them around each other, like the sign for change. I also found this in an old "Joy of Signing" book. Is this ok to use, or is it an older sign? Thank you, and I hope you have a great weekend!!
-- Monica Tew
Library Clerk, Children's Programming
Middleburg-Clay Hill Public Library, 2245 Aster Avenue, Middleburg, FL 32068

Monica,
I consider the "change" version of "weather" to be one of the top 3 versions of "weather." It is a very good sign. I'd rank it as my "third" choice, but it is a solid sign that I'd defend as being just as good as any other choice. So if more people in a certain region are using that version than another version, I'd certainly go with that version.  One thing I'd caution you about though is that the version you are talking about generally doesn't twist the hands "around" each other, rather you just hold the pinkie and thumb of one hand near the pinkie and thumb of the other hand and use two small twisting movements.
Cordially,
Dr. Bill 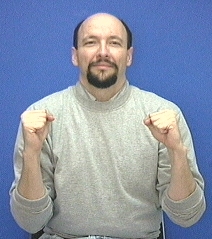 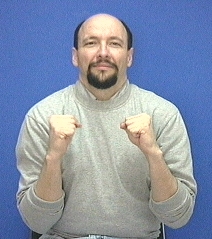 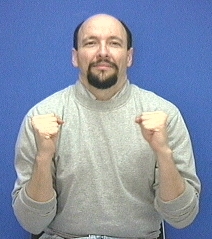 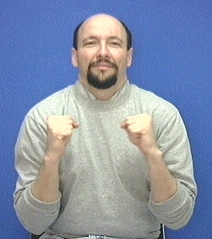 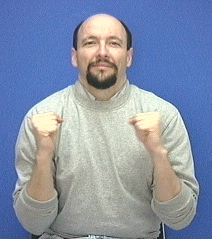 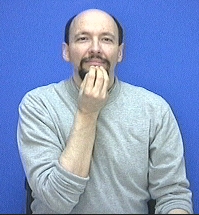 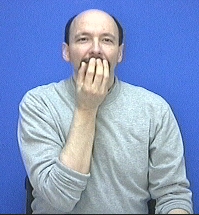 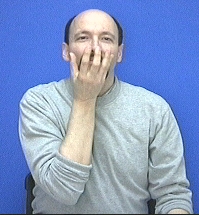 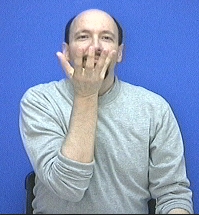 Here it is again folks, this time a bit from the side: 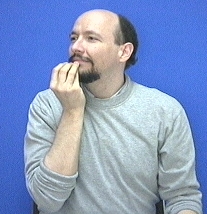 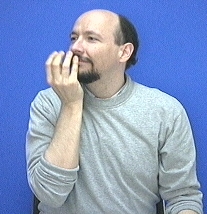 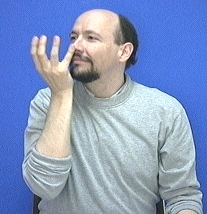 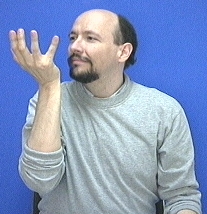 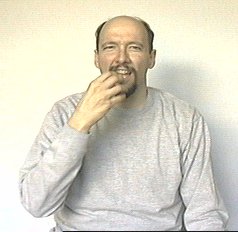 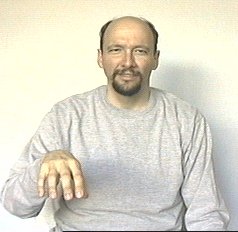 Burn-up / go up in flames / burned up in a fire / combust into flames:

Notes:
It isn't as common, but on occasion I'll notice someone using the sign for "wind" to mean "weather."  I don't recommend doing that. "WIND" is a fine sign and great to use for referring to movement of "air" but I just don't see a reason to use it as the sign for weather.

*  Want to help support ASL University?  It's easy:  DONATE  (Thanks!)

*  Another way to help is to buy something from Dr. Bill's "Bookstore."